About Us » About Us

Home of the Mighty Tigers! Hears us R-O-A-R!

Mission: The mission of Torres Elementary School is to provide ALL students a safe and nurturing community that models respect, high expectations, and a desire for lifelong learning.

Pledge: EAFK 4 Way Test of Things We Think, Say or Do:

Torres was founded in in 2009 and named after the late Rodolfo Torres, who served in education for 43 years. Mr. Torres passed away in 2012.

About Rodolfo Torres
He was born on June 29, 1931 in Laredo, Texas, to the late Casimiro and Francisca Torres.
Mr. Torres graduated from Laredo Martin High School and went on to attend Texas A & I University in Kingsville, Texas, where he earned his Masters of Education degree. It was at Texas A & I where he met and later married Maria Reyes in 1958.
Mr. Torres served in education for 43 years. He was an elementary school teacher at Hopkins and Dudley Elementary, and later served as assistant principal at Patti Welder Intermediate School. He subsequently was the principal at Hopkins Elementary School for 24 years.
Mr. Torres was a lifetime member of the Texas Elementary Principals and Supervisors Association, Classroom Teachers Association and the Texas State Teachers Association. He worked with the Boys Club and Boy Scouts while at Hopkins, and sat on the Board of Directors with Children's Services. He was also a member of the DeLeon Club and the Teachers Federal Credit Union where he served as Vice President. Along with numerous other endeavors, he taught at the Adult Learning Education Center, taught conversational Spanish at UHV and trained student teachers at UHV as well as taught private Spanish lessons for adults.
Mr. Torres received numerous awards and recognitions throughout his lifetime, but his proudest honors were having the Hopkins Elementary School library dedicated in his name as well as the Rodolfo Torres Elementary School named in his honor in 2009. 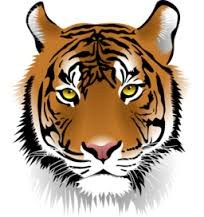