Hello!! I have the best job in the world!
In 1995, I graduated from Texas A&M University- College Station (GIG'EM AGS! WHOOP!) with a Bachelor of Science in Interdisciplinary Studies K-8. I taught in Houston for 11 years as a Reading, Math, and Social Studies teacher at Spring Oaks Middle School. I moved to Victoria in 2006 and married my wonderful husband in 2007. I have taught at Crain Middle, Stoman, as well as Howell, as a Reading teacher. In 2014, I changed gears and became the librarian here at Torres. In 2015, I received my Masters in Library Science from Sam Houston State. This year I will begin my 25th year (wow! time sure does fly!) in education and my 6th year here at Torres. When not at school with my fellow books lovers, I enjoy traveling, reading, and hanging out with my husband, step daughter, and my fur babies.

Every year, students in grades 3 – 6 read at least five of the books on the TBA Master List and vote on their favorite. Last year, 1,400 schools and libraries participated with 141,141 students voting. The winning book and author are announced in late February, and celebrated at a joyous event at the TLA Annual Conference featuring students, librarians, teachers and authors.

The TBA reading program is one of several developed by the TLA for readers of all ages.

For more information about these lists, including book titles, visit: txla.org/reading-lists 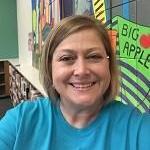